The UCR Staff Conference is a two-day event created by and for UC Riverside staff, co-hosted by UCR Staff Assembly, Leaders of Excellence and Distinction (LEAD) and Human Resources Employee and Organizational Development.

Our 2022 event will include three official tracks on workplace culture, leadership, and personal branding. The conference will take place virtually on Crowdcast on Tuesday, March 22 and Wednesday, March 23, 2022.

Additional resources for conference attendees include resume templates (and a chance to win a resume and cover letter makeover) from Let's Eat, Grandma, LinkedIn Learning, and My UC Career.

Staff Assembly is also sponsoring several days when UCR staff can have new headshots taken with a professional photographer. Sessions will be held on the lawn area in front of Rivera Library. Sign up using this link, and please arrive camera-ready at your session time. First come, first served.

Registration is now open for the 2022 Conference! Watch this tutorial video or review this tip sheet if you have trouble signing up. 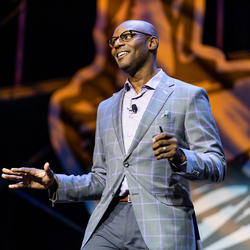 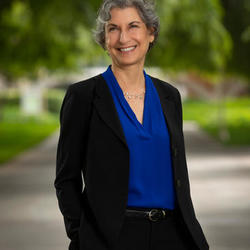 Shola Richards is the CEO and Founder of Go Together GlobalTM, the best-selling author of Making Work Work, and Go Together, and he is a civility writer with a passionate
worldwide following. His articles and extremely popular “Go Together Movement” email series have been read by readers in over 160 countries, and his work has been featured on the Today Show, CBS This Morning, Forbes, Black Enterprise, Complete Wellbeing India, Business Insider Australia, and in numerous other outlets all over the world who recognize him as an authority on workplace happiness and engagement.

As a speaker, Shola has shared his transformative message with leading healthcare organizations, top universities, Silicon Valley, the motion picture industry, on the TEDx
stage, and in his greatest honor to date, this past September, he was invited to testify in front of the Select Committee on Capitol Hill to share his expert recommendations on how to bring more civility to Congress.

Last, but certainly not least, Shola is a father, husband, identical twin, and a self-professed “kindness extremist” who will not rest until bullying and incivility is extinct from the American workplace.

Elizabeth Watkins became Provost and Executive Vice Chancellor at UC Riverside on May 1, 2021.

As Provost and Executive Vice Chancellor, Watkins is the chief academic and operating officer for the campus, providing leadership to the entire academic enterprise, managing day-to-day operations of the university, overseeing resource allocation, and serving as a member of the campus leadership team. In the Chancellor’s absence, the Provost serves as the chief executive officer of the University of California, Riverside.

Watkins came to UCR from UCSF, where she served as the Dean of the Graduate Division, Vice Chancellor of Student Affairs, and Professor of History of Health Sciences. Her accomplishments at UCSF included the growth of an endowment fund for PhD students in the basic sciences from $50 million to $100 million, the development of a cost-of-living supplement program to provide students an annual supplement to defray the high cost of Bay Area housing, and the successful ten-year WASC re-accreditation of the university. She co-led the Coalition for Next Generation Life Science, a group of more than 50 research institutions committed to transparency about graduate career outcomes to help students and postdocs to make informed career decisions and improve graduate education and postdoctoral training.

Prior to her appointment as Dean and Vice Chancellor, Watkins was Director of Graduate Studies for the master’s and PhD programs in History of Health Sciences at UCSF, having helped to restart those graduate degree programs in 2005. She also served on numerous campus and system-wide Academic Senate committees.

Familiar with the UC system, Watkins was drawn to the role of Provost at UC Riverside because of its breadth of academic disciplines and its mission of educating at multiple levels including undergraduates, graduate students in both research and professional fields, and an extension school for lifelong learning. UCR’s national leadership in social mobility, its world-class faculty research, and its unyielding commitment to diversity, equity, and inclusion add compelling dimensions to the role.

Watkins earned a BA in Biology and a PhD in History of Science at Harvard University. She is the author or co-editor of five books and numerous articles on the histories of birth control, sex hormones, pharmaceuticals, stress, and aging. Her work has been funded by the National Endowment for the Humanities, the NIH/National Library of Medicine, the National Academy of Education, the National Science Foundation, and the University of California President’s Research Fellowship in the Humanities.

Born and raised in Rhode Island, Watkins moved to San Francisco in 2004, after living in Concord and Cambridge, Massachusetts, and Pittsburgh, Pennsylvania. She and her husband now live in Riverside. She has two grown daughters and one brand-new grandson.

Registration is open until March 22. Some sessions have limited capacity, so don't wait to save your seat!